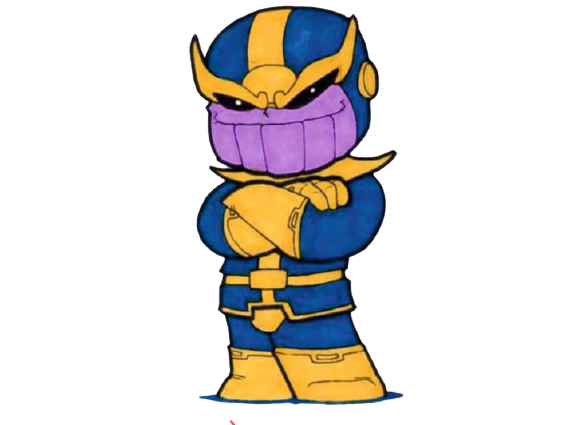 When Thanos Comes on Earth in 2023 Seeking the six Infinity Stones.
As he sat on a rock, waiting for his underlings to bring the Stones to him,
three strange men arrived in front of him, seemingly out of nowhere.
One wore a red cape, another bore a red shield the third was clad in a red suit.
They fought, and it was a bloody battle,
but Thanos was mighty, and eventually took control of the gauntlet which housed the Stones.
As he shaped to snap his fingers,
Thanos smiled, and slowly declared:
“I – am – inevitable.”
Nothing happened.
With a look of surprise and fear on his face,
Thanos watched as the man in the red suit lifted his right hand,
revealing the real Infinity Stones.
“And we – “, said the man in the red suit, “are…
… the Spanish Inquisition.”
And nobody, not even Thanos, expects the Spanish Inquisition

One day, deadpool joined the Avengers