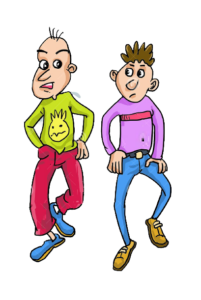 Frank always looked on the bright side. He would constantly irritate his friends with his eternal optimism.

No matter how horrible the circumstance, he would always reply, “It could have been worse.”

To cure him of his annoying habit, his friends decided to invent a situation so completely bad, so terrible, that even Frank could find no hope in it.

On the golf course one day, one of them said, “Frank, did you hear about Tom? He came home last night, found his wife in bed with another man, shot them both and then turned the gun on himself!”

“That’s awful,” said Frank, “But it could have been worse.”

“How in the hell,” asked his bewildered friend, “Could it have been worse?”

“Well,” replied Frank, “If it happened the night before, I’d be dead now!”

Gift for his new sweetheart’s birthday