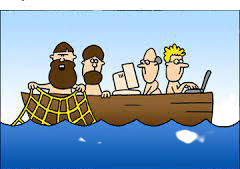 A Cuban, a Japaneze guy, an American and a Mexican are in a boat.
The Cuban pulls out a box of cigars,
takes one and throws the rest
in the water. He puffs twice and throws it in the water.
He says, “We have so many cigars in cuba, we can spare a
few.”
The Japaneze guy pulls some computer chip out of his pocket and says,
“We produce so many of these, we can spare a few.”
The American looks at the Mexican and the Mexican says “Don’t even
think about it

A couple realise they are spending too much