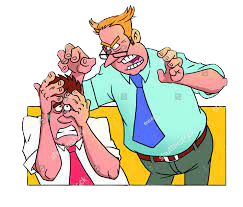 One wanted some time off, but knew the boss wouldn’t allow him to take leave.

He decided to act crazy so the boss would tell him to take a few days off.

He hung upside down from the ceiling so the other guy asked him “What are you doing?”

“Ah, me pretending to be a light bulb so the boss will think I’m crazy and give me time off for a few days”.

Just then the boss walks in.

“What the hell are you doing?”

“I am a light bulb” the first guy says.

The boss then said,
“Man you’re stressed out. You need a few days off to recover…

go home and come back when you feel better.”

The other guy starts walking out the door too…

The boss asked him “Where the hell you think you going?”

At school one day

An Engineer was unemployed