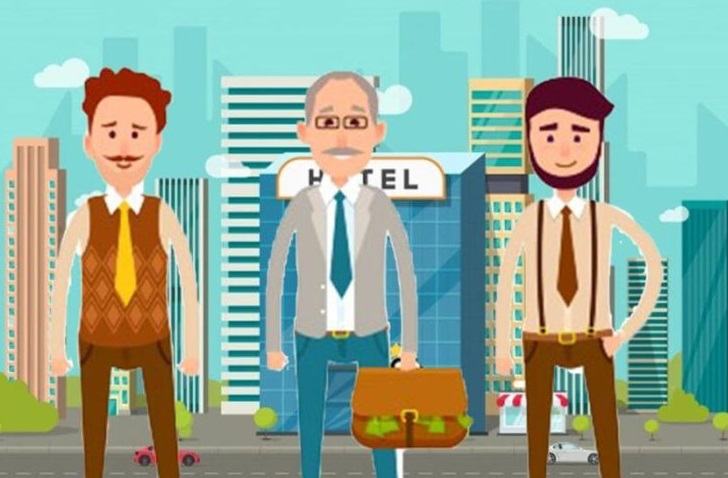 Three writers, Al, Ben, and Carl, who were attending a writing convention, booked a room on the 75th floor of a hotel.
When they arrived back at the hotel from the convention, the receptionist told them
, “I’m terribly sorry, but the elevator is broken. In the meantime, you will have to take the stairs.”
Now, Al was a writer of funny stories, Ben was a writer of scary stories, and Carl was a writer of sad stories. The three of them agreed that, to make it less boring,
Al would tell the other two his funniest stories while they climbed from floors 1 to 25, Ben would tell his scariest stories from floors 26 to 50, and Carl would tell his saddest stories from floors 51 to 75. And
They started to climb the stairs, and Al started to tell funny stories.
By the time they reached the 25th floor, Ben and Carl were laughing hysterically.

Then Ben started to tell scary stories.
By the time they reached the 50th floor, Al and Carl were hugging each other in fear.

Then Carl started to tell sad stories.
“I’ll tell my saddest story of all first,” he said. “There once was a man named Carl who left his hotel room key in the car…

A man his wife and a good-looking stranger