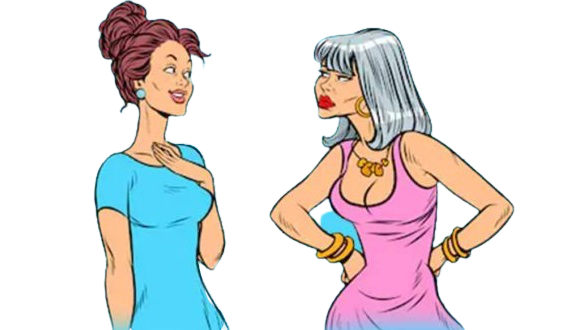 Her Daughter Is Pregnant But She bid Not Sleep With Anyone.
How ? The doctor says, `’Okay, what seems to be the problem?” The mother says, my daughter Suzie. She keeps getting these cravings, she’s putting on weight and is sick most mornings.” The doctor gives Suzie a good examination, and then turns to the mother and says, “Well, I don’t know how to tell you this, but Suzie is pregnant.
About U months would be my guess.”
The mother says, “Pregnant?! She can’t be, she has never ever been left alone with a man! Have you, Suzie?”
Suzie says, No mom! I’ve never even kissed a man!
The doctor walks over to the window and just stares out of it.
A few moments later, the mother says, “Is there something wrong out there, doctor?”
The doctor replies, “No, not really.
It’s just that the last time something like this happened, a star appeared in the East and three wise men came over the hill.
I’ll be damned if I’m going to miss it this time!

A soldier ran up to a nun