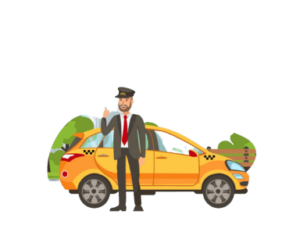 There was a Japanese man who came to London for sightseeing. On the last day, he hailed a cab and told the driver to drive to the airport. During the journey, a Honda drove past the taxi. Thereupon, the man leaned out of the window excitedly and yelled, “Honda, very fast! Made in Japan!”

After a while, a Toyota sped past the taxi. Again, the Japanese man leaned out of the window and yelled, “Toyota, very fast! Made in Japan!”

And then a Mitsubishi sped past the taxi. For the third time, the Japanese leaned out of the window and yelled, “Mitsubishi, very fast! Made in Japan!”

The driver was a little angry, but he kept quiet. And this went on for quite a number of cars. Finally, the taxi came to the airport. The fare was £300.

The Japanese exclaimed, “Wah… so expensive!”

There upon, the driver yelled back, “Meter, very fast! Made in Japan!”

A Guy Asked A Girl In The Library