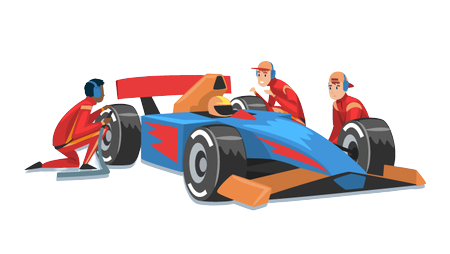 An engineer was trying to design the world’s fastest car.

An engineer was trying to design the world’s fastest car.
So he could keep track of the different models, he gave a different letter to each model.

The first time, he could only get the car to go 135 mph.
Thinking he could do better, he redesigned the car, tried again, and made the car go 142 mph.

He tried again and again. On the 19th time, he had the bright idea of making it snail shaped.
He came up with the design, tried it, and got a whopping 587 mph. He exclaimed, “Look at that S Car go

There was an island with three kingdoms