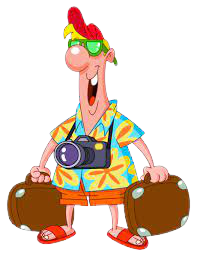 A tourist in Mexico goes into a bar to get wasted

It’s his last week on vacation and one of the things on his bucket list to do is basically to drink until he is completely wasted.
As the night prolongs, he notices little by little the bar begins to empty.
The bartender in his best English that he can muster says to him, “Señor,
I think you should go now.
There is a man that shows up every night with his wheelbarrow to drag drunk people off into the night and molest them!”

The tourist guy gets scared, pays his tab and exits the bar.
This is when he realizes that he never kept track of how much he had been drinking and unbeknownst to him,
he was pretty much too far gone
. He walks a little, gets tired and decides to take a break. He sits down and rests his head against the wall of a building and passes out.

Moments later, he wakes up and sees that he’s clearly being carried in a wheelbarrow.
He freaks out and starts yelling at the man, “what the hell! Where are you taking me!?

The man carrying him in the wheelbarrow suddenly dumps him off and replies back to him as he runs away,
“I’m not taking you anywhere, I’m already bringing you back!

The tourist tries to get himself to his feet.
He can feel that he is in fact, completely wasted and there is also a throbbing pain in his ass.
He contemplates what just happened and whimpers to himself,
“well that’s two things off the bucket list now

A mother was walking down the hall when she heard

A soldier stationed in Afghanistan