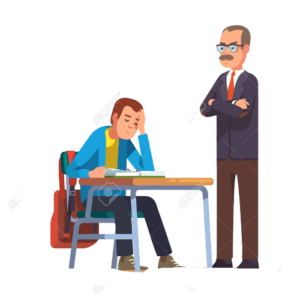 A student at college had failed his final law papers and was obviously not happy, he questioned the professor & decided to make a deal with him ‘professor,
do u consider yourself to know everything about the law?
He asked. ‘Absolutely, otherwise i would not be capable of standing in front of u & lecturing u on the subject’ he replied.
The student continued; if u can answer this question, I will agree with u & accept my final marks, if u cannot, u have to give me an ‘A” the professor laughed but agreed.
The boy continued, ‘what is legal but not logical, logical but not legal & neither legal nor logical?
The professor thought about it for hours and pondered no answer.
He had to finally give up as he really did not know.
He gave the boy his ‘A’ the following day at lecture, the professor was still struggling with dis unknown mystery & decided to pose the question to his students: class, what is legal but not logical, logical but not legal & neither legal nor logical?
He paused for a second in shock when all students raised their hands with a possible answer.
He pointed out one student and waited:
“sir, u’re 65, married to a 28 yr old woman, this is legal but not logical, ur wife, is having an affair with a 23 year old boy, this is logical but not legal, ur wife’s boyfriend has failed his exam & yet u have given him an ‘A’. That is neither logical nor legal”.
The professor collapsed

Three fathers are talking about their sons

A blonde walked into a department store