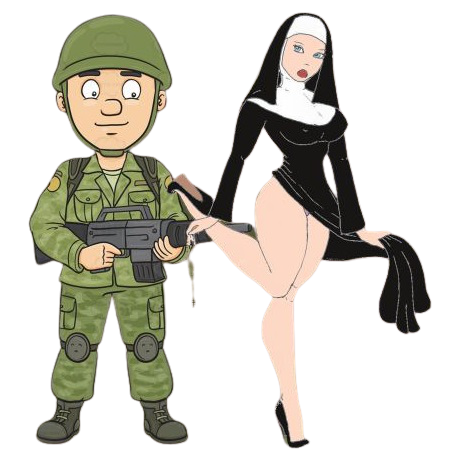 A soldier ran up to a nun.
Out of breath he asked, “Please, may I hide under your skirt.
Ill explain later.”
The nun agreed… A moment later two Military Police ran up and asked,
“Sister, have you seen a soldier?”
The nun replied, He went that way.”
After the MPs ran off, the soldier crawled out from under her skirt and said
I can’t thank you enough, sister. You see, I don’t want to go to Syria.”

The nun said, “I understand completely.”

The soldier added, “I hope I’m not rude, but you have a great pair of legs!”

The nun replied, “If you had looked a little higher, you would have seen a great pair of balls…
I don’t want to go to Syria either

Her Daughter Is Pregnant