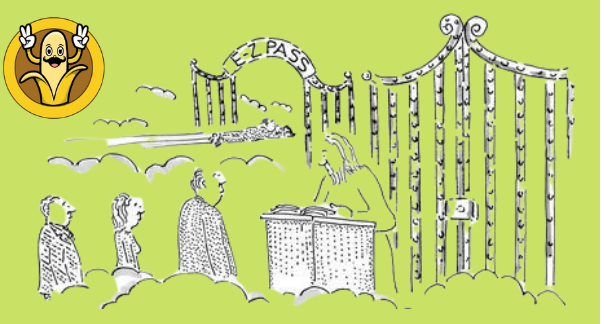 A man’s turn came after waiting in line watching St. Peter at the Pearly Gates.

Bad guys were going to hell and good guys were heading towards heaven.

“Your resume is blunt, but tell me one thing can you think of ever doing something of reasonable merit?”

the man responded with confidence.

“Once, I was on a trip to the Black Hills out in South Dakota,

I came upon a gang of bikers on their way to Sturgis,

Who were threatening a young woman.

I directed them to leave her alone, but they wouldn’t listen.

So, I approached the largest and most heavily tattooed biker and smacked him in his face,

kicked his bike over, ripped out his nose ring, and threw it on the ground.

“Now I don’t see that here, but you seem to have a sharp memory. When did this happened?”

“Oh, Just a couple of minutes ago!” and man pleaded further,…

“Please don’t send me to hell

Three blondes are in an elevator