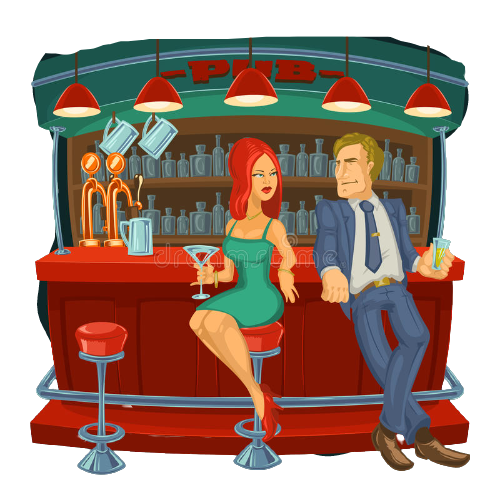 A man walks into a bar, sits down and orders a drink
He puts a frog on the table in front of him.
A woman at the other end of the bar watches as the man just sits there drinking while the frog watches him. Curiosity finally gets the better of her, so she walks up to the man and asks,
“What’s with the frog?”The man looks at the woman and says, “This is my pet frog.
He’s very special.””Why?” asked the woman.”Well, I’ve taught this frog how to pleasure women orally.”
The woman laughs, but the man is serious.
After more drinks the woman agrees to let the man prove it.
So they go out back to the man’s car, the woman drops trou, and the man places the frog between her legs and tells the frog, “Alright buddy, go to town.”
The frog just sits there doing nothing.
“Come on, man. Don’t be shy!”Still, the frog does nothing.
“This is your moment to shine!”But the frog doesn’t move.
So the man picks up the frog, looks the frog in the eyes and says,
“This is the last time I’m gonna show you how to do this!”

One weekend a husband is in the bathroom