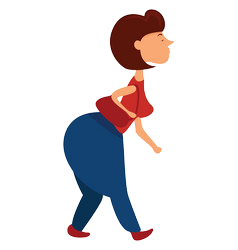 so he gave them each 5 grand to see what they would do with it.

The first spent it all on herself- getting her hair done, nails done, outfits so that she could look amazing for him

The second took the money and spent it all on presents for him to show her love for him.

She got him clothes and golf clubs and all the shit he liked.

The third took the money and invested it in wall street and tripled it.

She gave him back 5 grand, made herself gorgeous and got him a bunch of gifts.

So the man had to think. As we do as men. We think a lot about things.

And eventually he made up his mind.

And did what any logical man would do. He married the one with the biggest bums.

I took my 8-year old girl to the office

Four men are at a high school