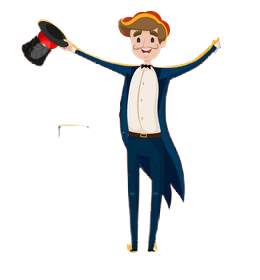 A man and woman go to a magic show and the magician on stage says,
“I challenge anyone in the audience that I can guess your name in 5 attempts or I’ll pay you $1000!”
He holds aloft a handful of $100 bills.

Not being one to turn down a nice payday, the man jumps up and says “You’ll never guess my name!”

On a lark, the magician shouts “Rumpelstiltskin!” The audience chuckles and the man shakes his head.

The magician invites the man on stage and looks him up and down, noticing his jewelry, clothing, and the marks of years of hard labor in the calloused hands.

“With my remaining 4 guesses, I’ll go with… Thomas!”

The man looks at him in surprise and says “That’s my father’s name, and my oldest brother is a junior, but no, that’s not my name

Once there were three turtles