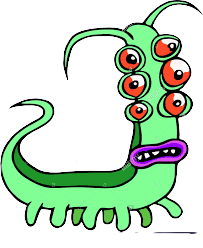 A guy sees an advertisement in a pet-shop window: “Talking Centipede $100.”
The guy goes in and buys it.
He gets home, opens the box and asks the centipede if he wants to go for a beer.
The centipede doesn’t answer, so the guy closes the lid, convinced he’s been swindled.
Thirty minutes later he decides to try again.
He raises his voice and shouts, “Do you want to go for a beer?”
The centipede pokes his head out of the box and says, “Pipe down! I heard you the first time.
I’m putting on my shoes!

A blonde heard that milk baths

A barber gave a haircut to a priest one day