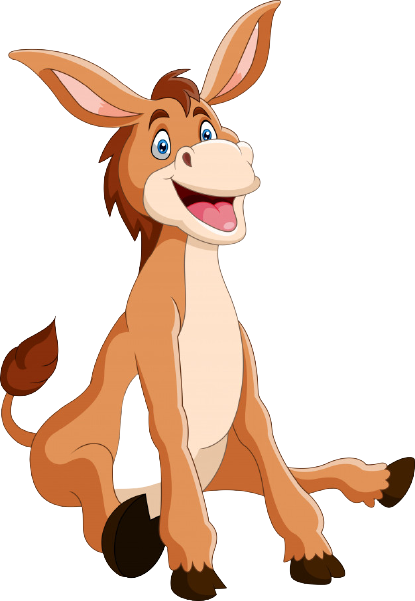 A farmer and his donkey take the train to the big city.
The farmer refuses to leave the donkey behind because he distrusts his neighbors, so he brings it with him.
At the train station he’s told he cant bring the animal onboard, so he takes it outside and ties it with a rope to the back of the train.
He gets on board and shortly after the train departs.
An hour or two later the train arrives, the farmer goes to untie his donkey and he finds the animal gasping for air after having ran after the train whilst tied to it.
The farmer frowns and says
“Oh, laughing at me are you? Well next time you can walk!