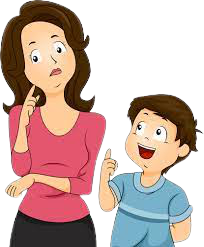 A pregnant lady expecting triplets is tragically shot during a bank robbery
She was shot 3 times in the belly, and 1 bullet hit each of the 3 baby boys.
Miraculously, they all survived!One day about 14 years later, one of her boys came crying to her saying “mom, I was peeing and a bullet came out”.
Then she sat him down and explained what happened all those years ago and told him he is a miracle and then he calmed down.
A few weeks later her other son came crying saying “mom, I was peeing and a bullet came out ”.
She did the same thing and told the same story, calmed him down and told him he was fine.
A few days later, her third son came yelling and crying running from the bathroom. She asked him “oh my son, did a bullet came out of your penis while you were peeing? Let me tell you a story”.
But he interrupted her yelling and said “NO, MOM, I was jerking off and killed our dog!”

Jesus walks into a bar